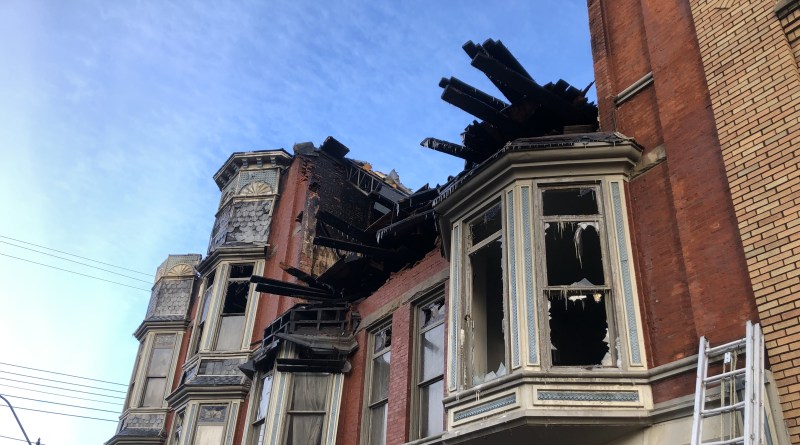 The Indiana State Fire Marshal’s office is helping Columbus firefighters try to find a cause for the overnight fire Saturday that destroyed the historic Irwin Block office building on Fifth Street in downtown Columbus.

According to Capt. Mike Wilson, spokesman for the Columbus Fire Department, local firefighters and the state investigators spent about eight hours on Sunday digging through the debris looking for the cause of the fire. At one point, dogs trained in detecting human remains were brought to the scene but after a search no remains were found.

Wilson said that the investigation is being limited to the street level area believed to be the starting point for the fire. That’s because of the ongoing danger of collapse of the burned out building.

Neighboring businesses were largely protected from the blaze by a firewall, but still suffered smoke and water damage. Some of those neighbors were allowed to return to their offices briefly to retrieve belongings and equipment. Electric and water utilities are expected to remain out of service until life safety and building fire protection systems can be assessed and repaired, Wilson said.

Wilson estimated that 1.2 million gallons of water were used to put out the fire, which was first noticed shortly before midnight Saturday. Two portions of the building collapsed during the fire and the building at 422 Fifth Street is considered a complete loss.

Investigators are asking that anyone who might have information on the cause of the fire, contact Columbus Fire Department investigators at 812-376-2583.