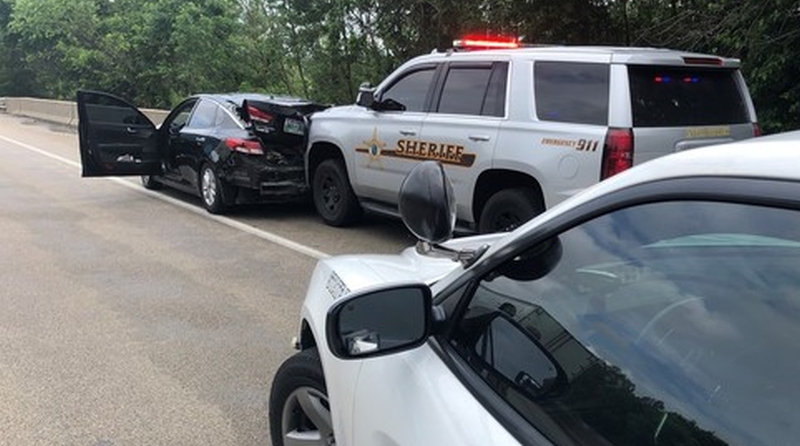 Troopers were called to the incident at about 4 Wednesday afternoon after thefts were reported at the Polo Ralph Lauren store in the mall and the suspects fled south on Interstate 65. State Police caught up to the vehicle in Jackson County but the driver raced away. Other departments joined the efforts and the driver hit a tire-deflation device placed by Austin police.

The driver slammed on the brakes on the right shoulder of the highway and was rear-ended by a Jackson County deputy. Items from the original reported thefts as well as from other stores were recovered by Edinburgh police.

22-year-old driver Tatyana J. Burgess of Antioch, Tennessee and 20-year-old Jernithia A. Bell of Nashville, Tennessee were taken to Schneck Medical Center to be checked out and then to jail on various charges including:

In similar incidents in late May, three Kentucky residents were arrested after thefts from the outlet mall and fleeing south on the Interstate. Officers believe the incidents may be connected.