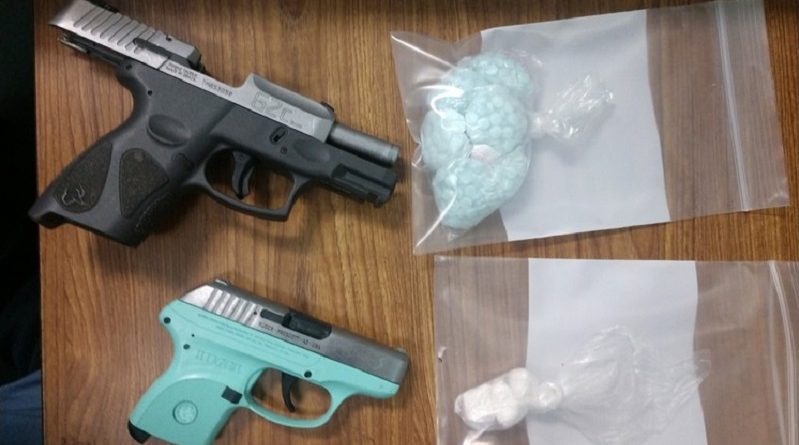 Three people were arrested after a traffic stop on Interstate 65 in Bartholomew County found drugs and guns in their vehicle.

Indiana State Police pulled over a vehicle for traffic violations at about 1 p.m. on Wednesday near the Walesboro exit on the Interstate and all three people inside allegedly gave fake names to the trooper. But the trooper discovered that the driver was 21-year-old Alexus M. Dodson of Indianapolis. He had a suspended driver’s license.

State police dog Jinx was brought to the scene and alerted to the odor of drugs in the vehicle. A search revealed about 65 grams of a controlled substance along with about 12 grams of cocaine, and two handguns.

Dodson and Collins are also facing charges of possession of a handgun without a permit and Dodson is being accused of driving while suspended.