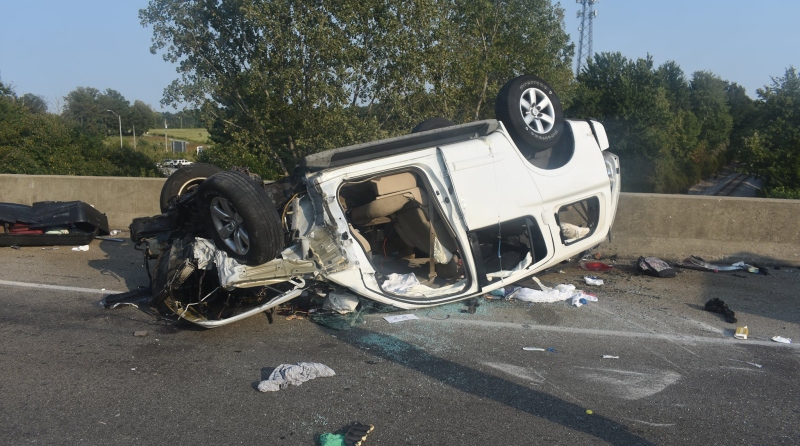 Two children suffered serious injuries after being thrown from a vehicle during a crash on Interstate 65 in southern Jackson County Sunday afternoon.

According to Indiana State Police reports, troopers were called to the scene of the crash near Crothersville at about 5 Sunday afternoon. A driver, 32-year-old Kayla C. Irish of Lakeland, Florida was driving northbound in a van when she lost control and struck a guardrail, flipping the vehicle over. It then rolled over before crashing into a concrete barrier and coming to a stop.

A 9-year-old girl and a 5-year-old boy were thrown from the vehicle. Irish and the girl were flown by medical helicopter to Louisville area hospitals. The boy along with a 12-year-old boy were were taken by ambulance to Norton’s Children’s Hospital in Louisville.

Four other occupants of the vehicle declined treatment.