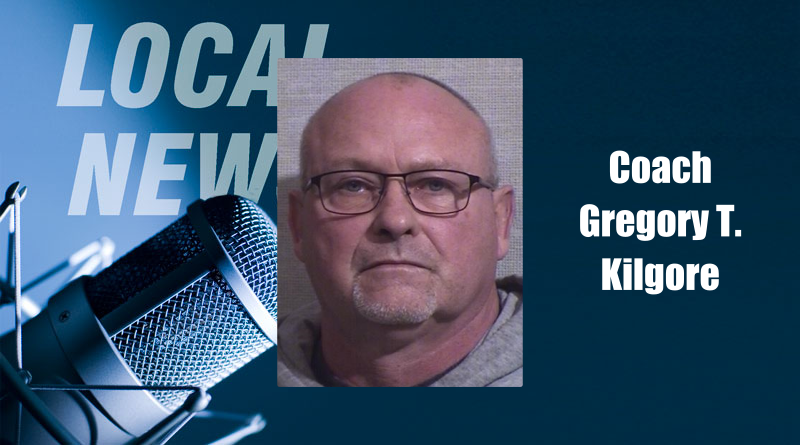 The Crothersville High Schools boys basketball coach and athletic director is being accused of child solicitation.

52 year old, Gregory T. Kilgore of Crothersville was arrested this morning on the felony charge, after investigation by the Jackson County Sheriffs Department.

Deputies report that the investigation began on March 18th, after a report from the state Department of Child Services of inappropriate messages being sent through social media from a Crothersville High School employee to a 14-year-old female student, according to police reports. Kilgore allegedly sent text messages to the 8th grade girl with sexual messages and including emojis with sexual overtones.

School officials told deputies that they had talked to Kilgore about the issue and he apologized, saying that he knew he was the adult in the exchanges and that sometimes he forgot the girl was a teen.

The school reached out to the state agency and Kilgore has been suspended by the school district.

Kilgore was arrested at a Jennings County address at 11:06 a.m. today. Kilgore was taken to the Jackson County Jail where he is being held until his initial hearing in Jackson Circuit Court.

The investigation is on-going. Detectives ask that if you have any information on the case, to contact the Jackson County Sheriffs Department at 812-358-2141