A memory from this time last year. I found it serviceably amusing enough to share, for those of you enduring a cold, or about to be:

Wrestling with the mother of all colds, one of those where you actually injure yourself in a coughing fit, and then you don’t really want to cough, or sneeze, or make any sudden moves. Also, I’m, at the moment, a radio guy with no voice. The resulting visit to the doctor yesterday ended up with a couple of prescriptions, including cough syrup that some might call “the good stuff,” so I can get some sleep.

My dreaming, which has always been at least interesting, has now taken a hard right turn into the outright weird. I’m usually pretty good about waking up when something turns odd in my dreams, but tonight it’s been generally a combination – mostly – of “why bother?” and “well, let’s chase this for another minute or so…”

You’ll also be glad to know that, for some reason, the “new” one (the stage play called Harry Potter and the Cursed Child here in the real world) is now called, evidently inspired by Hunter S. Thompson and/or Ralph Steadman, Filthy Beasts and How to Draw Them.

Also, one of the back cover blurbs says, “Monty, you terrible (REALLY bad word here, the one that if you say it in a fight, your marriage is probably over)!” Which I think is my brain trying to merge the film Withnail and I with the Potter universe (the same actor played Harry’s uncle in the films, and Uncle Monty in Withnail).

Thanksgiving visit to Mom’s house. She now has tentacles, for some reason, which I notice as she’s putting the turkey in the oven.

Drink, readjust pillows, turn over, back to sleep.

Excellent free-jazz combo in a club suddenly breaks into bro-country.

Lather, rinse, repeat for the past couple of hours.

The last one before I got up to type this was SO annoying and so brief that I just said I MUST GET THIS OUT OF MY BRAIN BEFORE I TRY SLEEPING AGAIN.

Watching a documentary on Netflix about some artist or other, and then it segued into the phrase, “you know, Lindsay Lohan…”

UP. UP. GET UP. THAT’S IT. SICK OF YOUR CRAP, BRAIN. I NEED TO SPEAK WITH YOUR SUPERVISOR, RIGHT NOW!

Now, attempting to go back to bed yet again. Please, I beg you Lord, nothing that includes the words “erotica” and “Bea Arthur” in the same sentence, that’s all I ask… 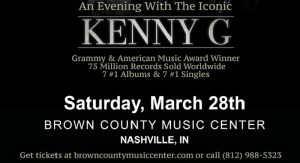 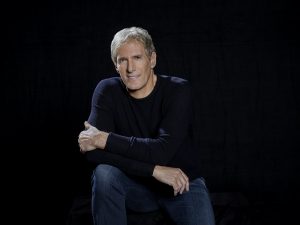 You can still vote for your favorite CAP Adult Prom 2020 Court Candidate! Just head over to capprom.com and click on their picture. $1 = 1 Vote!

Win them before you can buy them... More Justin Bieber tix all week long!

Have a seat at our table for the CAP Adult Prom! Find out more:

ICYMI: Backstreet Boys are coming back to Indy! Tix on sale this Friday!

Need CAP Adult Prom tix? They sold out over the weekend. But we'd love to have you sit with us at our table! Details:

We've got more chances to score tix to see Justin Bieber live at the KFC Yum! Center in Louisville all week long! Details: