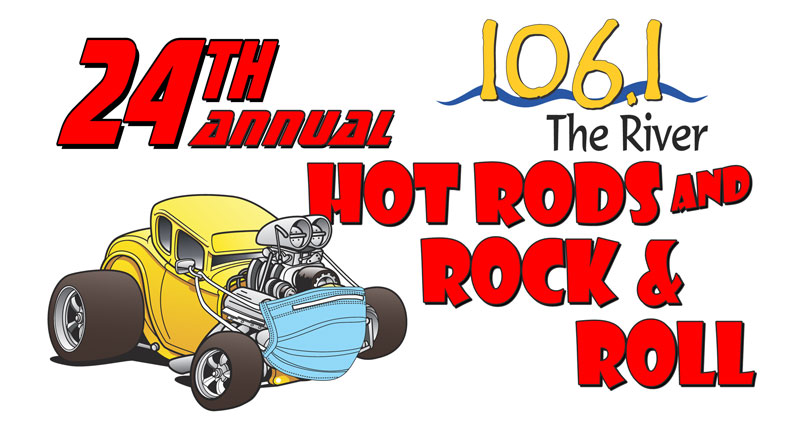 The 24th Annual Hot Rods and Rock & Roll will be held on Saturday, Sept. 19th in downtown Columbus, although with some changes from previous years to protect the public in this age of COVID-19.

The event, organized and sponsored by 106.1 The River, draws hundreds of classic cars, trucks and motorcycles to downtown Columbus.

This year’s event will just be a car show, with the traditional evening concert by Rick K & The Allnighters canceled. And there will be a limit of 160 vehicles in the show to allow for adequate spacing between vehicles. That is about half as many vehicles as in previous years.

Morrison said that the commemorative T-shirts will be available again this year, but the shirts will be individually bagged for safety.

Morrison explains some of the other safety protocols put into place to protect attendees.

The show will be from 3 to 7 on Sept. 19th but vehicles taking part in the show must register by 12:30 in the staging lot across from the county jail on Third street. Vehicles that have not registered will not be allowed in this year’ show.

You can get more information at 1061theriver.com/carshow.