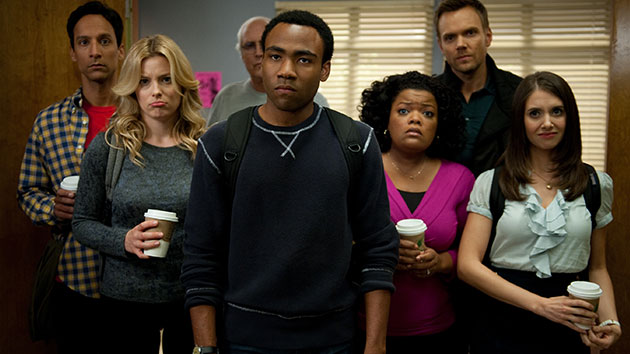 Colleen Hayes/NBCU Photo Bank/NBCUniversal via Getty Images via Getty Images(LOS ANGELES) — The cast of the comedy Community, which ran on NBC from 2009-2014 and Yahoo Screen for an additional season, will reunite for a virtual table read and Q&A to benefit COVID-19 relief efforts, according to Variety.

The table read of the season five episode “Cooperative Polygraphy,” will be shown in its entirety, along with a Q&A of fan questions, on May 18, at 2 p.m. PT on Sony Pictures TV’s Community YouTube page.

Fans can submit their questions on social media using #AskCommunity and tag @CommunityTV.

In addition, fans will be asked to make a contribution to two charities: chef José Andrés’ World Central Kitchen, and Frontline Foods, both of which aid in COVID-19 relief efforts to provide fresh, nourishing meals to responders working on the front lines and vulnerable communities across the country.

Sony Pictures Television will contribute to the charities on behalf of the Community family, while fans will also be asked to donate.

There are no upcoming events.

Update: The infant girl was found safe. The Amber Alert has been canceled.

Previously:
A Statewide AMBER Alert has been declared.

The Hendricks County Sheriff’s Department has requested the activation of an AMBER Alert from Plainfield, Indiana which is 18.5 miles southwest of Indianapolis.

The victim, Kinsley Rose Potts, is a 5 month old white female, 1 foot tall, 20 pounds, brown hair with hazel eyes, and last seen wearing a onesie. Kinsley was last seen on Thursday, September 17, 2020, at 6:29 am in Plainfield, Indiana and is believed to be in extreme danger.

If you have any information on this incident, contact the Hendricks County Sheriff’s Department at 317-839-8700 or 911.

This concludes this AMBER Alert.

Stolen from a friend... #dwts

Nachos and jockstraps? Who asked for these candle scents??

Make Your House Smell Like Football! - WIN 104.9
Football is back in full swing. Well, kind of. Just without a bunch of fans in the stands. And that’s
win1049.com

We will never forget...